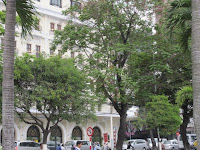 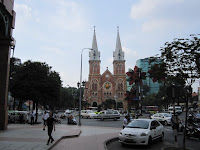 I'm back and feeling better – well sort of!!!

Before I lose my internet connection - not sure if it's available where I'm heading next - I just wanted to give ya'll an update on things.

So ok, I was supposed to leave Ho Chi Minh by train for Quy Nhon and the beautiful Life Wellness Resort tonight. I was to leave by train and sleep overnight on the train which would have been so exciting as I ve never done that before. None of this happened. Long story short? Serious stomach ailment resulting in vomit AND diarrhea, yay, combined with a potential 12-13 hour train ride equals safety by re-booking extra night in hotel allowing for access to pristine toilets and booking a flight for Sunday that lasts only an hour. Smart thinking eh? Don't know how I got the bug but boy did I ever get it - thank you for Imodium!! Now after that ordeal I can't stand the smell of fish sauce which is in pretty much every Vietnamese dish. Damn, what am I going to do???? I'm here for at least three more weeks and sadly, big time sadly, if I had a choice right now between Vietnamese noodles and KFC? Why hello there Colonel Sanders! I know I know, it really sounds like Vietnam and Steve just aren't getting along so well eh? I was beginning to think that too, believe me.

But not so fast.

It wasn't all bad news thank God. As it turns out, Friday morning and afternoon before the stomach storm was the BEST time I had in the city. I went to a cooking class in the morning (which may have been the culprit for said stomach problems and that's really too bad right now because I can't wait to tell Susie at Calphalon some new recipe tips for a potential class – gonna have to wait until I can handle the smells and descriptions of things though). I met some great people in the class and then ended up hanging out with one of them for the remainder of the day. It was such a wicked day too. After class, Roberto or Robert (not to be confused with my Robbie, this is my cooking classmate) wanted to rent a junk boat (at a cost of about $8 US OR about 30000 dong). He had read about it in Lonely Planet and said he didn't want to do that on his own and wanted to know if was interested. At first not so much. The stomach was sort of rumbling at that point and I wasn't sure if rocking and rolling on water was a good idea but I ignored that and went along. So after a trip to the city centre so I can get my new camera (!!!!) and the post office so he can mail a few postcards, we made our way to the waterfront, found a willing boat for hire and ended up on an hour long cruise along the river with the best, unintentionally funny boat driver ever. He was about 70 years old, didn't speak a word of English and whenever he was on the phone he would scream hello in Vietnamese forcing Roberto and I to jump and turn around to see if he was talking/yelling at us!! I lost count how many times that happened but we couldn't stop laughing. That was by far the best time I ve had since I got here. Afterwards we went out to eat at a vegetarian restaurant (Roberto was a vegetarian and that will be my first and last time doing that here people) then went out for beers and then to a few clubs - YES I WENT CLUBBING! Sadly though the festivities really came to a screeching halt because the stomach at that point was screaming at me and he wasn't saying hello! I barely made it back to the hotel. Honestly though, it sure was nice to break free for a bit and according to Roberto, actually let myself go and let people in haha He's right. This round the world journey has been wonderful but a little isolating at points on my part so again I'm making more of an effort to meet people – so far so good!

Has to be said again – I bought a new camera!!!!!!!!! So now I can at least replace a few of the pics I lost on my original camera by including a few from Ho Chi Minh City. You'll note that the pics are slightly bigger thanks to the new camera. I love it!! 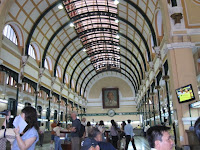 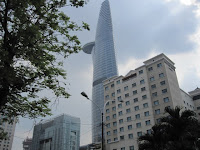 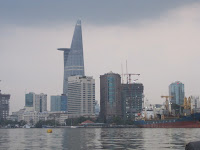 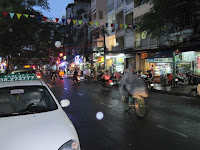 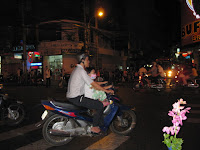 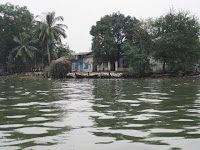 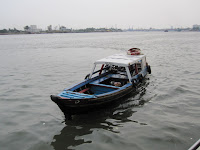 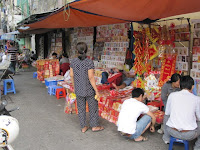 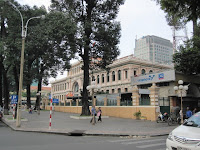 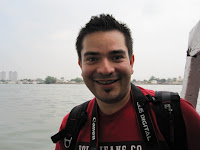 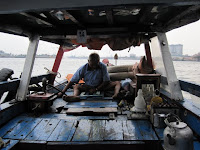 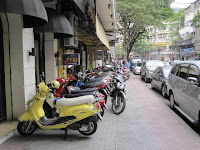 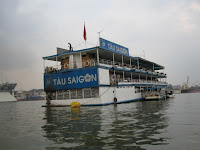 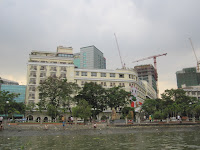