When we finally reached Jaipur after that eight and half hour driving debacle, I ended up stayed at Shahpura House Hotel. This was my room below. Is it a bit OTT? You tell me. Doesn't matter, I loved it anyway - so awesome, beautiful, with the best views of the city (I had a fabulous balcony to chill on and view the city)! 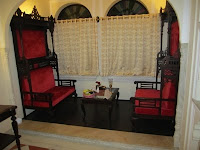 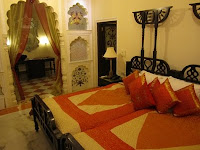 The following are pictures taking in and around Jaipur.

The first set are pictures from Hawa Mahal (Palace of the Winds)- the women's residence at Rambagh palace; 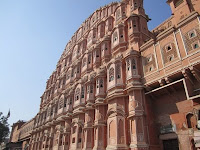 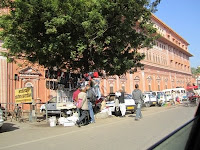 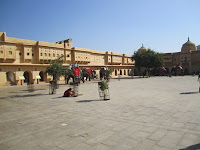 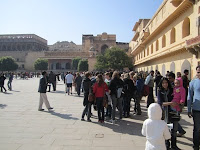 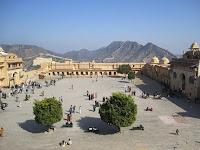 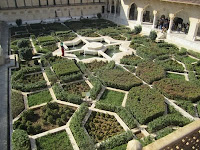 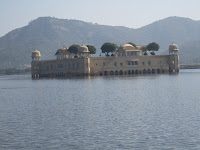 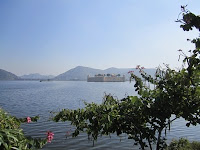 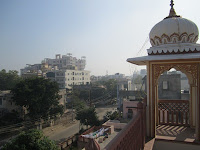 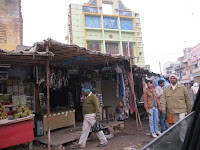 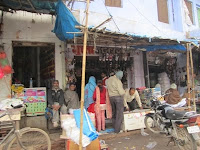 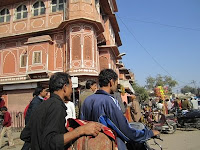 After three days spent in Jaipur, I finally got the chance to spend one night where there was no honking of horns, no train whistles, or dogs barking, just peace and quiet – and it was weird but welcome. I was booked to stay at Neemrana Fort-Palace, a HUGE castle built on the side of a hill. The place is just massive. The rooms are so nice - the only problem? It's a former castle so yep, the rooms are very cold. I suppose that would be great in the summer, however, this was winter so thank God they had heaters in the rooms. This is a very old palace so despite a few modern conveniences here and there, like a pool, private baths, that sort of thing, there are no elevators but a lot of stairs. You're definitely going to get some exercise just to get to your room. Here it is in all its glory! 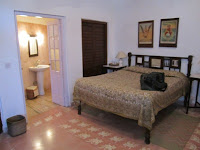 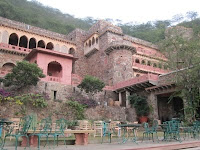 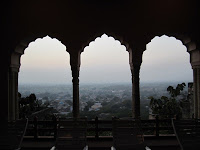 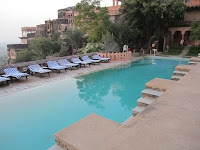 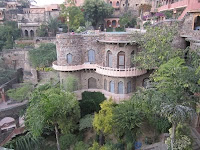 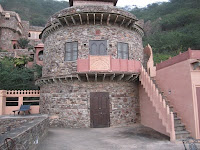 After a night here I went back to Dehli and it was time to leave India - JUST when I was really starting to get used to things, but isn't that always the case? I'll never forget it here, and I am DEFINITELY coming back. I seem to say that a lot in this blog eh? But I swear, India is a definitive yes to returning – I'll find a way somehow so I can at least get a cghance to tour the southern part of the country! I'm really going to miss it here. Next stop? Singapore.

Email ThisBlogThis!Share to TwitterShare to FacebookShare to Pinterest
Labels: India, Round The World