On my way to Californ-i-a

I admit that I like to play around with the post headings – some work, some don’t. This didn’t. It’s ok though, because I know that eventually I will get to the point of the post and in this case it’s about my trip to California. Now admittedly, this holiday happened a few months ago but ever since the end of my world trip I’ve (clearly) fallen behind when it comes to keeping up with the postings. Come to think of it, as I look back at the blog it was around this time last year I was getting closer to leaving Germany and heading to Italy. Wow did I really do that? Uh yeah Steve, you did and the proof is right here on the blog. I’ve said it once I’ll say it again – thank God for this blog! Anyway before go off track into nostalgiaville, I’d at least like to (finally) mention my time in Cali.

I’ve always wanted to go to California, to see if the image shaped by songs, TV and movies matched reality. Blondes in bikinis, surfer boys, the Valley in LA, you know what I mean. Meeting up with the great people of Global Basecamps, who planned my entire world trip and are based in California gave me the perfect excuse to see for myself. So I packed my bags, flew to San Diego and met up with Basecampers Meg, Sebastian and Mike and proceeded to have a very memorable and awesome trip. And since I was out there I figured what the hell; why only stop in San Diego? Why not visit LA and San Francisco too. So I did and this is pretty much what happened.

What was my first impression of the golden state as the plane was about to land at the San Diego airport? Holy Crap we are WAY too close to these buildings (the airport is pretty much right in the downtown core of the city so if you’re a nervous flyer be prepared for a double beating of the heart when you’re landing!). Second impression? Holy crap it’s not warm and definitely not sunny at all - damn! Mind that can be blamed on the season but it was a bit of a letdown. Ah well. The driver collected me from the airport and I headed out to Del Mar. I checked in to the lovely L’Auberge Del Mar hotel and then what started as amazing and hilarious, ended as a drunken, crazy but still incredibly fun and funny evening. 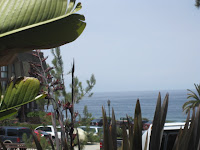 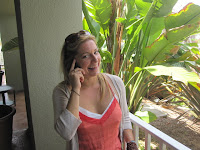 I met Meg at my hotel and we headed over to the Del Mar Plaza and had cocktails at Enoteca del Fornaio. Then we walked down the street and ate at Prep Kitchen, a neighbourhood restaurant with a somewhat hipster vibe which could bring to mind budget eats but it does turn serious and quite tasty food at reasonable prices. I didn’t know it was part of a chain (there are three other PK locations in the southern California area) but that shouldn’t deter anyone from eating there. Chain doesn’t necessarily have to be a bad word in the culinary world right? Just means youre doing something right as far as I’m concerned. Anyway after dinner we grabbed a taxi and headed up to Encinitas, where we met with Sebastian, Mike and a few other guys at Union Kitchen & Tap for some drinks. Then we walked across the street and had some late night munchies and drinks at Third Corner Wine Shop & Bistro – excellent munchies I might add but sadly it was at this point in the evening where things fell apart and became blurry as they do when you’ve had a little too much i.e thankfully nothing gross happened it was all great fun and I’m allowed back at these establishments so I know I was still on my best behavior!

The following day I was just too hungover to do anything so I didn’t. I stayed at the hotel (it was too cold to lounge by the pool and too much a walk to go down to the beach yeah I know holy lazy) I ordered room service and either slept or watched TV, man I do love lazy days like that.

After a good day of rest and thanks to a mix up at the hotel (I thought I was supposed to check out but I was booked an extra day)I had an extra day to spend in San Diego so I met up with Meg and we went to the Tidewater Tavern Bar for drinks- a true dive bar which I LOVE going to. We were joined by later by Basecamp staffers Mike and JJ. We then drove up to Encinitas to eat dinner at Blue Ribbon Pizza, and then we went back to Union. That was a much tamer evening but still fun. Woke up the next day was driven to the train station and was on my way to LA – yes there IS public transport in California not everything is by car and the train provided an awesome opportunity to view the coastline of California - highly recommended.

Email ThisBlogThis!Share to TwitterShare to FacebookShare to Pinterest
Labels: California