The return of Mad Men and the end of an era

I've written about Mad Men before here and here, so this should come as no shock that I'm babbling about it again. Yup, the countdown begins for the return of Donald Draper/Dick Whitman. Mad Men, season 7..the final season is almost here!
And look! Check out the awesome promo poster (I absolutely love it!): 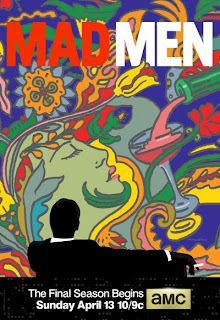 picture courtesy of AMC
Trippy, groovy, whatever they would say back in 1968-69 when something was cool, this poster is all of that! Well, at least I think it's pretty cool.
I do admit to some feelings of sadness as I know the upcoming season signals the end of this incredible show. The first episode, entitled " The Beginning" airs April 13th. Can't come soon enough! 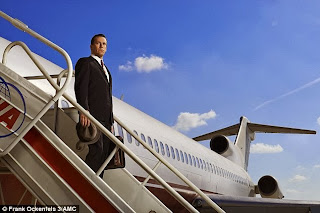