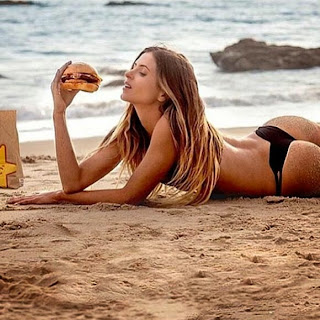 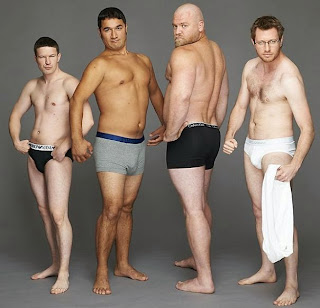 images courtesy of www.betcheslovethis.com and www.boredpanda.com
Food and body image - always at war.
In a previous post, I had written about my modelling past. For any new viewers of the blog, you may read it here. In that post, I happily acknowledging that yes, I was a photo whore and finally, after years of denial, have owned it. It turned out to be a pretty popular post . Yes, I did talk about the fun it was at the time, and there are a few accompanying pics scattered within the post that I'm actually quite proud of. What I didn't mention, was what I had to do from a food perspective to be able to even stay in that business.
I was first scouted by a modelling agent in a department store. It was Eaton's department store in Barrie, and I remember it like it was yesterday. I remembering thinking why is that woman staring at me? I was 20 years old and a student in university. I was also working part-time at a catering company. When you combine student life plus catering food, it just turns into this giant mess of excessive partying, lots of drinking, good food at work, bad food at school, late night study periods, all leading to the dreaded college weight gain. The weight gain happens to a lot of us, save for the most disciplined. I was not disciplined. So when she asked if I wanted to model, I thought "really?" "Don't you have to be in shape or something?" I didn't take the scout seriously and forgot about it.
It wasn't until I was stopped for the second time a few years later on the subway in Toronto, that the possibility of being a model might not actually be a joke. I took a good look at myself and thought, "Ok, if people are interested in you, and you're a bit overweight, perhaps a little diet might be a good idea before you even think about plunging into this modelling thing."
So that's what I did. But replace diet with starve.
I will say straight off the bat, that the diet idea at the time was of my own doing. The agency was not up my ass about my weight. I just knew that my stomach could use some toning. I was by no means an expert on what the word 'diet' really entailed, but I certainly believed that I did at the time. I'm still uncertain to this day about it's true meaning, other than it has the word 'die' with the letter 'T' attached to it. 'Nuff said, because you really feel like you are depriving yourself of all the fabulous things you, well, maybe what I love to eat. Cake, pie, chips, greasy burgers, croque monsieurs mmm. All that great stuff, everything that was allegedly so gross and tasty? Gone.
I became consumed with cutting out meat, alcohol, cutting everything I deemed to be 'bad'. I became subsistent on a diet of a slice of bread with tuna, and maybe, maybe a banana or an orange. Or, it could be a small portion of fried rice and vegetables. Or, if I really wanted to be wild? Grapes. I started to become more vigorous with exercising, and I lost a ton of weight. I also became 'that guy'. You know whom I'm referring to. The ones who say to everything on a menu "Oh, I can't eat that, I'm a vegetarian." Or, "I can't drink that, I've stopped drinking," along with "Do you know how bad drinking is for you, and blah blah blah?" In other words, a total killjoy.
The thing was, I wasn't even close to being a real vegetarian or anything approaching healthy. Ordering a filet of fish instead of a Big Mac does not a vegetarian make. I really was completely misguided, but I suppose I can partly blame that on being young and uninformed. I mean lets be fair here, the internet did not exist and yes, I suppose a visit to the library would have been a good choice to do research, but why? Everything - from a 'diet 'perspective, at that time was working out so well. Sure, my Mother was terrified at my weight loss, as were my friends, and rumours of my having an eating disorder started to pop out of no where, which really sucked. Oh well, I was making money!
I know that the modelling industry is what you make of it. You are making decisions that you may deem worth doing or not like anything else in life. I regret nothing about that life. Of course, now that I'm older, I'm becoming a bit - ok, a LOT more aware of what I'm eating and drinking, but from a healtier perspective - something I should have done abck in the day. But if you think I'm cutting out the good stuff - you know, a good steak, or a piece of chocolate cake, maybe an old fashion or two to drink? Ha! You'd be very wrong. I love to eat and I love a good drink (he states clearly as he builds a career around those two subjects). I'm just much more disciplined about portion control and making sure I balance that with lots of exercise. That's right, I became disciplined, and yes I shocked myself but it can happen people!
As it turns out, eating well is always fantastic, but being able to eat what you like and be healthy, feel and look great while doing it is really the ultimate reward.
said Steve at 1:31 PM