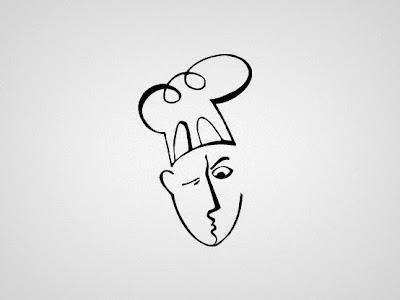 image courtesy of pixgood.com
I'm going to be very explicit here and just make the announcement. I loved my time at culinary school. There, I said it, and believe me, I'm as shocked as you are that the words 'love' and 'school' are together too, but there you go. It's been about three years now since I completed a two year, culinary management program at George Brown culinary school (GBC) and it really was a great experience. Well, except maybe for patisserie production and that's mostly because I was awful at it.
I was slightly - ok, much, older than my fellow students when I attended GBC, so I understood what to expect out of it. But sadly, not everyone does, especially the younger generation. So I'm going to be as clear as possible in this post, about what to expect should you decide that culinary school just might be for you.
Expect to work. Expect to work hard. Expect to be bored re-creating the same thing over and over and over again. Expect to be graded on that same dish you've made ten times, and if it's shit, expect to be told exactly that and suck it up. No handholding. No special treatment. No gold star for everyone for simply trying. This is cooking school, not kindergarten.
I know I shouldn't have to write this, but you really should have a love/passion of all things food. I know it seems like a 'duh' thing to mention, but you'd be surprised at the reasons why some students attend culinary school, and it aint 'love'. I'll just slide in the words 'parental pressure' and leave it there. I know, I was shocked too. But, that's how prestigious the culinary world has recently become. 'Chef' is pretty much right up there with 'Doctor' and 'Lawyer' - who knew.
Try. Try very hard to have some knowledge of the kitchen, whether it's home, professional or both, before you even think of going to culinary school. You would think that's expected and known, but once again you'd be surprised at how many students lack that experience. I've seen flames from unattended pots and pans. I've seen (and experienced) serious cuts. I've heard of a student who forgot to cover the handle of a saute pan that she put in the oven, and when she grabbed it, well, you can imagine the horrors of what happened.
The point? kitchens are dangerous places. Become as familiar as possible.
Believe in that love you have for all things culinary. Trust it. And more importantly, want it. It will help you get through the tedium of your studies. Trust me, if you don't believe in or want this life, you will not like school, you will definitely not like the 'real' culinary world, and you will fail. Now these days we seem to apparently celebrate failure and are told how it's allegedly good for you in life. But, when it costs you thousands of dollars - per semester, suddenly failure is not something to 'celebrate'.
Click here for the the final part of Culinary School: the honest truth.
said Steve at 6:37 PM