Vegan is the new black 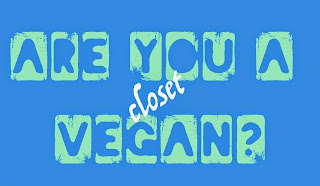 image courtesy of veganchowhound.com
Calling out to all vegan foodies, I have some news to share. Apparently, your cuisine is now officially out of the closet and has gone mainstream! Congratulations. Hopefully, you'll stick around for a while and won't join other fifteen minutes of fame food trends like Atkins, Food Trucks and eating dirt. Yes, that was actually a trend.
So how have I come across this vegan cuisine alert? A recent article in Canada's national newspaper just gave a huge thumbs up regarding said mainstream acceptance of vegan cuisine. I couldn't help but smile when I read the article, and now you can too. Check it out here.
The writer of the article has serious cojones to make a claim like that. I mean lets be honest about the words 'vegan cuisine'. Is anyone, other than those within the culinary world, or a few in-the-know, interested people and of course its specific target group even aware of vegan cuisine? Highly doubtful. So then it begs the question, is it really mainstream?
The article mentions restaurants that aren't specifically vegan or vegetarian, have people asking about food containing Vitamin B12 instead of protein. Or, basically wanting to know if that plant in the window is healthier than the chicken special. This means three out of a possible 20 restaurant patrons, were precious enough to even ask that question, and even better, receive an answer! I believe it. It also mentions that since peoples perspective about what it means to be vegetarian or vegan has changed, restaurant chefs are becoming quite happy to accommodate these changes. I believe that too.
In fact, the few restaurants she does mention are already, or in the process of changing menus to accommodate vegetarian and vegan tastes. You'll note how I'm making a very conscious effort to separate the two words 'vegetarian' and 'vegan'. There are differences between the two, and trust me, you do not want to get into an argument or suffer confusion with either groups as they will eat you alive. And, if that happens, you know that means either group will actually be eating meat.
It's not so much the restaurants or anything related to vegan or vegetarian food that bothers me about the article. This information should be shared as there are some incredible vegetarian and vegan dishes being created right now. No, what annoys me about the article is what the writer considers to be 'mainstream'. The writer only focuses on cities like Toronto, Montreal and LA. Why, it even states that vegan cuisine is so mainstream even Beyonce(!) and Jay-Z(!) - two people famously known for their impeccable taste in cuisine, are into it.
Ok, snark aside, I will happily say that it's great to hear about tasty options becoming available in restaurants for vegetarians, vegans and the people who love them. It's nice to know that people who really, really love vegetables can go out and not have to think "Am I going to have suffer through another plate of tasteless pasta, topped with gross, half cooked vegetables while my friends eat steak?"
I just don't subscribe to the believe that Toronto, Montreal, LA and other similar cities and their citizens count as mainstream. These cities are usually responsible for the start of things becoming mainstream. These places aren't an accurate barometer of the word 'mainstream'. In fact, I suggest that any writer who decides to call something mainstream, take a trip out into the great wide yonder, far, far away from major city centres.
Venture out to the smaller cities, towns and villages. Find out whether vegan cuisine or even anything food-related that is totally hyped-up in a place like Toronto or LA, has made it's way out of the downtown food scene. Check to see if vegan has even becomes part of the culinary vocabulary or is already a part of someones daily meal (why, hello there Indian cuisine). Hell, even check to see if it's being used as a punchline.
If your research proves that these small town restaurants, or just your every day consumer can say or even understand what the hell you're talking about without staring, gagging or wondering if they need to call the cops on your weirdo ass, than congrats, you really are officially mainstream.
Don't worry vegan cuisine, your Big Bang Theory day may come yet.
said Steve at 12:52 PM