When it all falls apart: Media Relations and the Toronto Maple Leafs 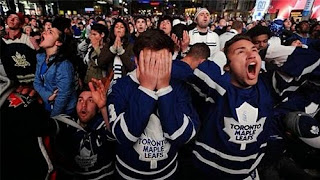