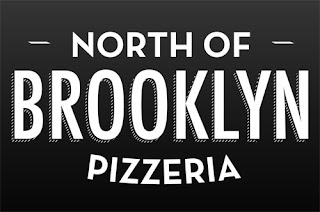 image courtesy of jordangc.com
Question: what do you do when the pizza is outstanding, but the process of ordering it is akin to peeling your fingernails, slowly, one by one, off of your hand? Think about that for a minute.
I personally don't know a soul who doesn't love pizza. Mind you, I am sure there are a few folks who don't like it, but they aren't worth knowing or mentioning. They just don't understand just how delicious great pizza really can be.
Now I have had my share of pizzas from around the world: Italy, Japan, New Zealand and of course, right here in my hometown of Toronto. I've run the pizza tasting gamut from mouthwatering to barf-bag inducing, but I stand by all of my pizza testings and tastings. You have to do it in my world, and that includes my recent head-shaking, momentary lapse of judgement of delving into the world of commercial pizza - as in those discs of cardboard created by some of the bigger food companies found in grocery stores. My excuse was that I was starved, STARVED I tell you, for anything but Pizza Pizza or Dominoes or any of that crap. I just wanted pizza. So (un)naturally, I ran to my frozen food aisle to briefly satisfy that craving.
Oi Vey.
Well, after recovering from that bout of idiocy, I was still looking for a place I could call upon whenever that pizza craving hit me. A place that didn't require me to leave my home in order to get it (hello there Pizza Libretto or Terroni), or somewhere that didn't test my gag reflexes (that's you commercial pizza and the bigger pizza chains). So it was serendipitous that my partner introduced me to a new world of fabulous pizza. And the name of the pizzeria that raised my hopes of great pizza in Toronto? A little place called North of Brooklyn. A clever name, non? A little wink and a nudge to our American neighbours whom have a plethora of awesome pizza available, always, 24/7, right at their fingertips and footsteps.
Well, after tasting this pizza, I thought we Torontonians had finally hit the good pizza life too, thanks to this little gem of a pizzeria. Actually, I shouldn't say it's little, there are three locations in the city. But again, you would think we'd be celebrating that fact, but I was wrong. You see, I did have the chance to taste the pizza, ordering a mouthwatering margherita pizza. The simple, but classic tomato sauce was piping hot. The mozzarella cheese was the real deal, traditional Italian home-made discs of melted goodness baked into the sauce. The crust was thin, charred and chewy, just fantastic.
But, despite the pizza love, there was a problem.
In order to get this mouth-watering pizza, I had to deal with the people running the pizzeria, and that alone nearly put me off of it completely. In all of my long years of contacting various pizza delivery places, I don't believe I have ever dealt with such compete indifference to customers than North of Brooklyn.
My first attempt to get the pizza resulted in me contacting the place that was closest to my home. A simple thing anyone could do right? Wrong. I barely got the address out before I was rudely interrupted and told to call another location that was apparently closer to my place. Fine. I agree that it makes sense to do that, but did you have to hang up before I even got the chance to ask any additional questions? First time caller here, I may have an extra question or two.
It doesn't end there.
I call the next recommended location and Holy God what an attitude I encountered with the guy taking the order. I had to practically beg for delivery. Seriously? Here's the deal boys - if it's going to be an issue every-time someone asks you for delivery, don't offer the service!!!!
The things is, I get why the people who work at North of Brooklyn are behaving in such a shitty way. This isn't a case of bad timing or a bad day for the employees. The sad truth is that they know we want their pizza. Desperately. They know they are one of the best and therefore, can afford to treat their customers in a less than reverential way because we will still call them. Often. We want good pizza in this town - badly. We are starving for it. So we'll swallow the shit delivered by the guys who work there because we're starving.
When I tried to call again recently (yesterday), the phone went right to voice mail. You see, I made the huge mistake of calling an hour before delivery officially ends. Yeah, it seems they don't want to pick up the phone an hour beforehand, because God forbid that might mean doing some work before closing. I swear to God, I'd never call this place again if the pizza wasn't so damn good.
So there you have it. Stuck with amazing pizza and absolute shitty service. I am just waiting for another team, hopefully made up of former disgruntled workers to open up locations right beside North of Brooklyn. All it would take - besides offering great pizza, is a friendly voice AND delivery after hours and they'd be raking it in.
Until that happens, the fingernail removal will have to continue.
said Steve at 4:06 PM