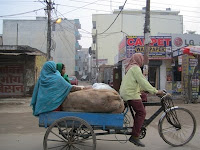 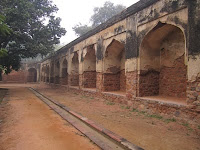 I was given pre-destination info/warnings about India before I arrived here. I was told to be prepared, expect the unexpected. I thought I was ready for the city. I wasn't. Delhi or New Delhi, however or whatever you want to call it, is insane. Amazing, eye-popping, blow your brains out wondering where or what to look at next insane. It's so freaking noisy, crowded, over the top insane. It's gross, it's beautiful - how can it be both? But is is!! It was also really quite foggy, but this time of year usually means a lot of fog, hence the not so pleasant landing into Delhi Airport (see here for the airport/airplane story). Turns out, we were one of the lucky few flights that were able to even land at the airport. Many flights, as I found out later, were cancelled or sent to a neighboring airport five hours away. Could you imagine if that had happened to our flight on TOP of losing the luggage too?? Holy mother is all I can say to that! Oh and for all you drivers out there who think ah, it's just another country, I can drive anywhere? Forget it – seriously listen to the books, the guides, the locals, the internet, former tourists, everyone who beg you not to do it – it's not a joke. Driving here is a baffling and quite dangerous experience for those who have no clue about the Indian way to drive (me!). This is a place where drivers drive on both sides of the dotted line, straddle and/or cut you off without apology, honk their horn at the slightest provocation (meaning they are CONSTANTLY honking their horns – can drive you mad!!), and drive the wrong way on the highways with confidence (my drivers even done it –leading me to think I don't want to die in a foreign country, do you know how much trouble it is to bring a body back home??). Not for the faint of heart.

So I spent two days in Delhi before heading north on the Golden Circle drive to Agra to visit the Taj Mahal; Jaipur to visit Amber Fort and Neemrana for the Neemrana Fort-Palace, then back to Dehli. I have to say that of my travels so far, I love taking pictures of the sights and sounds of Delhi – I couldn't put my camera down so be prepared, there are a lot! 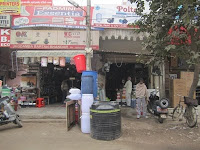 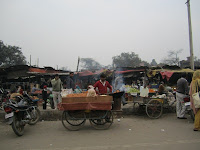 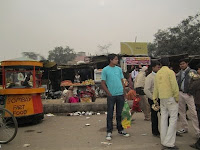 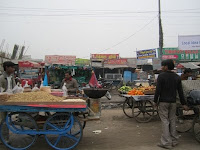 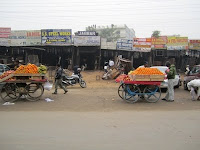 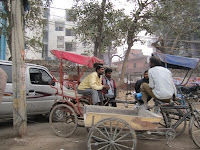 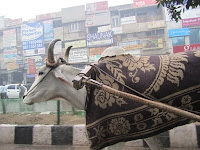 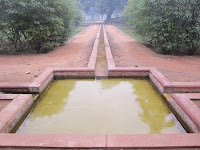 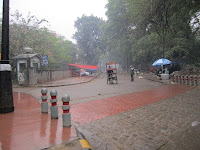 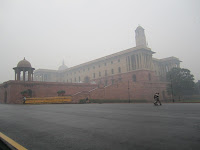 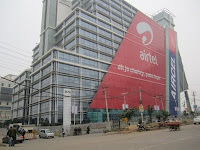 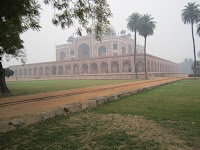 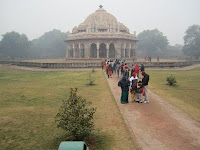 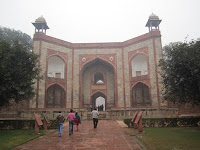 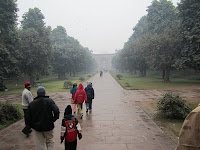 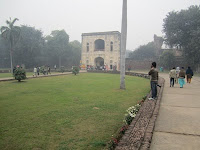 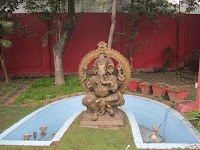 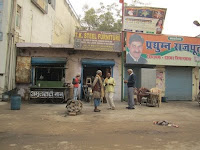 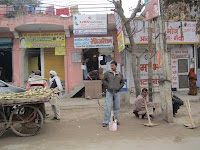 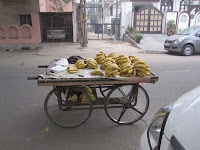 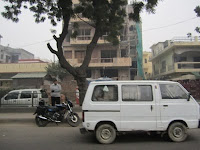 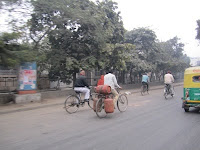 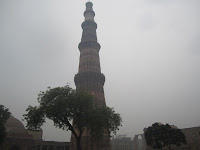 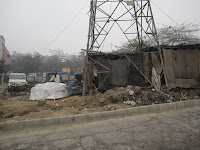 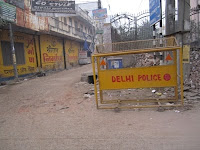 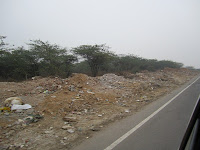 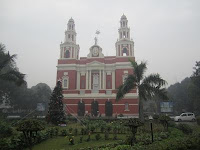 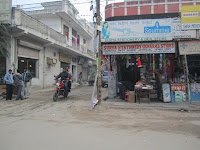 Up next: In the kitchen - finally!

Email ThisBlogThis!Share to TwitterShare to FacebookShare to Pinterest
Labels: India, Round The World