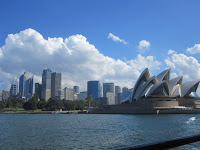 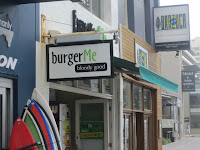 Finally!!! I made it here after years of dreaming of coming to this country. Sorry, this time around there are no clever headings – I just couldn't think of anything and I'm not sure why? Doesn't matter the past three weeks have been so much fun and the time went by way too quickly. I first arrived with my Mum who had a really great reunion with her friends Cherie and Robert who she hasn't seen in over twenty years! After a week in Sydney, Mum went back to Canada and I went on to partake on a tour of the country. Despite the cancellations of certain aspects of the trip due to weather (Ayers Rock, Great Barrier Reef) I still managed to have an amazing time here. I surfed at Manly Beach in Sydney, went on amazing Chef led tour through Mornington Peninsula near Melbourne (shout outs to Chef Jason and guide Josh); started off on a really cool cruise in Cairns (FYI: Australians pronounce it 'Cans') to the Great Barrier Reefs but thanks to seriously unpleasant nee frightening ocean seas resulted in the boat turning around to go back to safety; learned what a 'Gonzo' was (it's slang for idiot) among many, many Aussie slang words (thanks Bruce).

When I think about it, coming to Australia was like coming home. There are so many similarities between here and Canada but not so much that they clone each other. Both countries are pretty much on par concerning the dollar so what you pay here mean you're pretty much not getting the discount that you would find in other countries where the dollar is stronger; both have a lame-ass Prime Ministers who nobody likes but grudgingly accept until an election (Julia Gillard in Australia/ In Canada it was Stephen Harper but there's an election set for May); both countries have a city they love to hate (Sydney/Toronto) and a city that everyone flocks too because somehow it just seems cooler (Melbourne/Vancouver). The biggest difference? The weather. I could happily move here during Canada's winter months and do nothing but surf all day - anything to avoid shoveling snow! Look at the pics, I actually did it – I went surfing, woohoo!! Badly I might add but I did it (big thanks to my 'coach' Juanita who was oh so patient when I kept questioning her, saying things like "why is the board sinking? Am I too heavy for it"? We had a good laugh though)!! 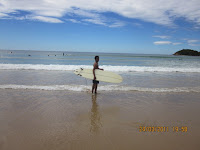 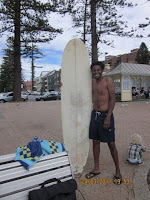 Ya know, after weeks of doing nothing in Bali I have to say it's nice being active again.

Ok so there is a lot to share, loads of pics to upload etc. etc. so let's get to it.

First stop Sydney: clearly the theme below is beach, beach and mo' beach because that's where I spent the majority of my time. There is nothing like swimming in a big warm ocean, waves crashing down on you and oh yes, surfing. 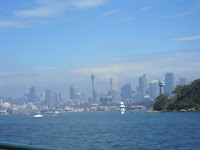 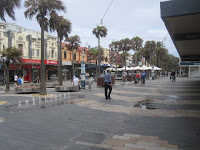 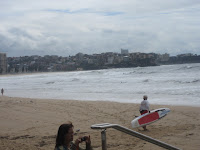 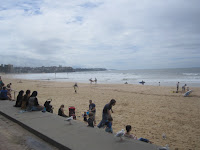 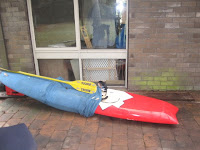 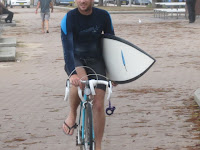 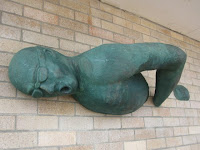 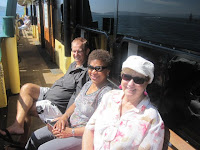 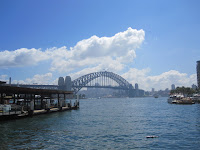 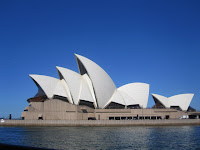 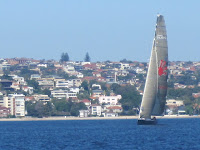 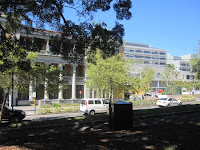 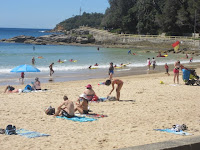 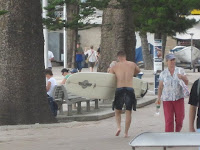 Email ThisBlogThis!Share to TwitterShare to FacebookShare to Pinterest
Labels: Australia, Round The World