Autobiography of a food freak: Part 1 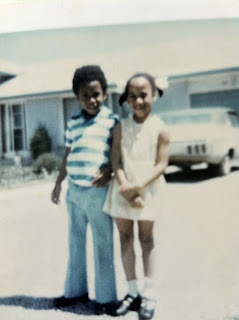 My sister and I in front of our house in 1975! Man, look at my stomach - clearly hunger was not an issue!