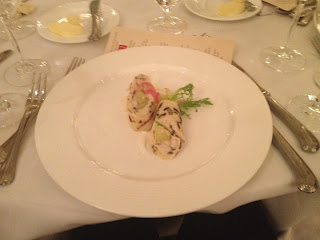 I left the city with some reluctance. Clearly the Association of Food Journalist's (AFJ) conference in Memphis has left an indelible mark on me. I've been babbling about it for days now because it really was an amazing conference. But, like everything in life, it had to come to an end sometime, but not without a few final thoughts about my visit. This is the conclusion to "Put some South in your Mouth Part One", which can be reviewed here.
Although I became hyper-aware of the gulf and tension between the races in Memphis, I also found out that the city has made incredible gains when it comes to cultural influences on the local food scene. You can find just about any cuisine you can think of - Creole, Indian, Thai, Mexican, Vietnamese, and Ethiopian, just to name a few. And the residents of Memphis are very proud about that. Lucky for me and my fellow colleagues, we all had the chance to see and taste some of it for ourselves. 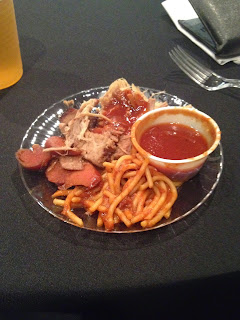 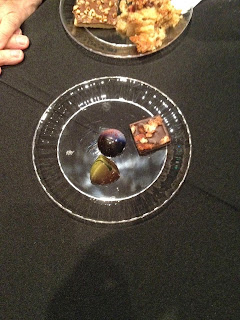 And speaking of my colleagues, as food writers and/or journalists, we know we're completely in the business of food. That means not only plenty of writing, but plenty of tastings. You're checking out local talent, places to eat, the latest in wine and liquor - all of it. This is a very good thing when you love food, and also not so great if you love food. We're eating. A lot. It's all we do, it's what we do. The food could be light, or it could be heavy, salty, and/or fried. Ether way, it sometimes results in health issues of our own let alone health issues for the general public.
As writers we are mostly mindful that we have to watch what we eat for the sake of our own professional lives, but it can also pose an interesting dilemma professionally. How do we recommend a local fried chicken place, when we also know that obesity is becoming a very serious problem? How can we write that a certain iced tea is delicious, all the while knowing that same drink had so much sugar it might as well have been straight sugar and water poured down your throat. We know that you cannot expect to eat all that fried chicken and thick gravies, or "vegetables" like macaroni and cheese (it is seriously called a vegetable in the South) without paying for it in some way. Yet, we still have a job to do.
Thankfully, it's been pointed out at the conference that some changes are at least beginning to be made to traditional Southern cuisine, that will hopefully achieve some dietary balance, and make it a little easier to have that fried chicken without guilt.
There are Southern Chefs who are very serious about addressing the obesity and diabetes epidemic in the South - and possibly the rest of North America, because lets face it, it's not just a Southern problem. Memphis Chefs Felicia Willett and Miles McMath are leading the charge for change by cooking food that retains it's Southern flavour without having to resort to only frying food or providing overly generous portions.
Chefs Willett and McMath are creating outstanding vegetarian dishes. They know there are plenty of great Southern recipes that can include healthy options. Ingredients like okra, collard greens and sweet potato are not only delicious, but nutritious, and they are working hard to make vegetarianism more than just a dirty word in the South's culinary language. They also understand that they face an uphill battle to change the local food culture. 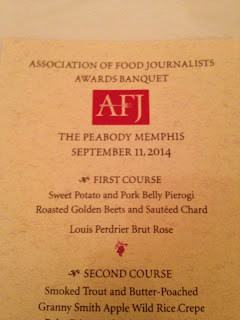 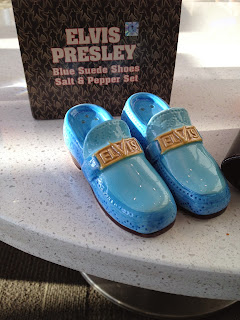 The AFJ conference was an enormous opportunity for learning, and I was privileged to be invited to join and experience it for myself. The people that I've met - AFJ members, Memphis Chefs, cooks and even the residents who had nothing to do with food, conference panelists I had a chance to talk with after they presented - they have all inspired me to strive and improve my working knowledge of food culture, not to mention my own writing abilities. It was an honour and pleasure to be a part of such an incredible group of passionate writers, and I actively look forward to next years conference.
Southern cuisine - the fun, the fantastic and the not so great, has now become a part of my growing culinary language. Watch this space to see where the next adventure in food will take me.
said Steve at 9:06 AM