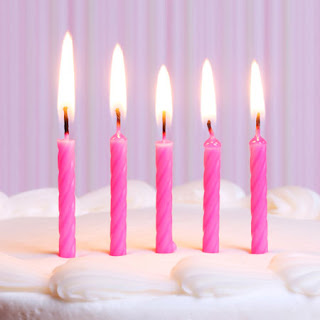 image courtesy of www.suggestkeyword.com
Five years ago, I began A Hungry Man Travels blog with the following post: "Ready? Begin." I can't help but smile reading that first post. It is very clear that I was still in the very early stages of learning about the blogging process, as demonstrated by the missing words in one part of the post.
Five years later, I look at the blog now and can't help but think "Wow, where has the time gone?" And: "Wow, I'm still blogging?" But here I am, five years later. I'm still contributing to something that originally started out as a personal but public record of my world travels, and has turned into a product that I've become deeply attached to.
The blogs existence first came about under the suggestion of a chef friend (thank you Carlos!). Throw in a few days of blog name research, along with the incredible design of amazing illustrator and friend Gillian Blekenhorst and boom, the journey began.
I think what shocks me the most about this anniversary, is just how fast and how much the social media world has changed since the time I first hopped on the blogging bandwagon back in 2010. Today, blogging is considered to be so ancient and "old school", which is laughable to me. Still, despite some negative connotations attached to blogging, it's a format I can't quite abandon. Well, not yet at least.
A Hungry Man Travels blog has seen me through world travel, food issues and trends, restaurant reviews, professional achievements including my membership with the Association of Food Journalists, and Food Bloggers of Canada. It's been my outlet for laughs, personal growth stories, a ton of humour and some sadness. It's been my friend, constant companion and a pain in the ass - sometimes. But it's all mine. And I stand by every word.
I created this blog with quiet intentions, but over 200 posts later it has grown from maybe three people glancing at the blog (thanks Mom, my sister Marcia and Lady Sylvia), to close to 30,000 unique hits. I am shocked, proud and humbled by that.
So here's to A hungry man travels fifth anniversary. It’s been an incredible ride so far.
And thank you to everyone who's followed along with the continuing journey of A hungry man. Believe me, it ain't over yet!
said Steve at 1:22 PM