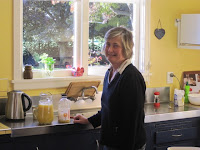 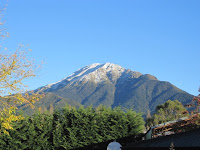 I'd like to introduce you to Anna, the woman in the picture above and owner of Alpine Views Farmstay and B&B in Ashburton, New Zealand. This was the next stop after Christchurch on my tour of New Zealand. The next pic was the view from my bedroom – can you imagine waking up to that view every morning? I guess if you live there the excitement fades but I thought that was so cool. Where I live in Canada, the view from my bedroom is of the neighbours garden – yeah, not nearly as majestic but I digress.
You wouldn't know it, but that picture of her was taken, oh, about five hours after we caught a very flustered/surprised Anna when we first arrived at the farmstay. Turns out, the previous guests just left and she hadn't cleaned the room, and there are only three bedrooms, and she was so sorry the room wasn't ready, and on and on. It was yet another odd NZ moment and in my head I was thinking "uh oh, maybe the farmstay wasn't such a great idea??" But honestly, after about half an hour of apologetic Anna, she totally relaxed and the two of us hopped in her car and drove up to Mount Somers (the mountain you see in the second picture) so I could partake in the walk to Sharplin Falls.
While on my hike through the forest, I couldn't help but notice that there weren't many insects, hardly any birds, a LOT of bees because the bark of some of trees are covered with a dark moss which I was told the bees love (I think they might be black beech trees but that could be wrong so don't quote me on that). But seriously, it was just so weirdly quiet. I mean New Zealand forests don't even have animals in it, isn't that weird/odd? The path was also washed out at one point so I had to be very careful and as you may note from previous entries, I'm not the best when it comes to navigating or walking paths (Iceland case in point). But I made it safely. 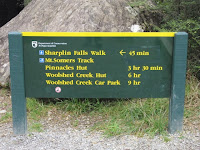 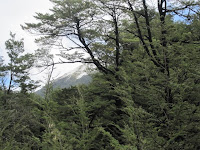 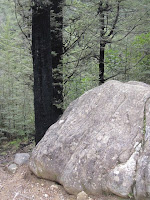 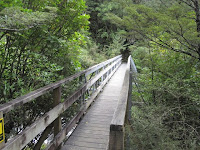 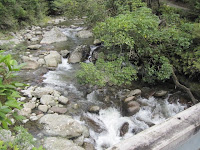 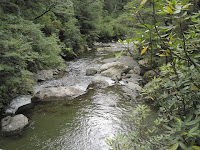 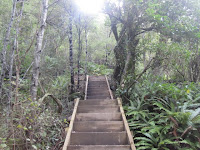 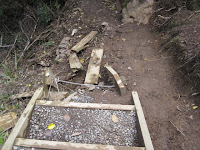 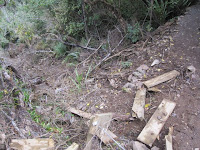 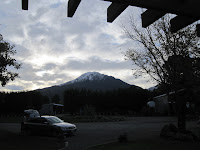 When I returned to the farm, Anna had made salmon for dinner and we had homemade Pavlova for dessert. Everything was VERY tasty. I also met her husband Ken (pronounced Keen in a Kiwi accent), and the three of us sat down and had a nice long chat about the farm (he's a sheep farmer) and the state and future of sheep farming in New Zealand.
Ken mentioned that although the demand for quality lamb products has been increasing around the world - particularly in countries such as India and China, lamb meat production is decreasing. Why? Because farmers are switching from sheep to deer meat production mostly - some say purely, for economic reasons, and the numbers back him up.
The numbers of sheep have been consistently dropping over the years. Currently it has dropped from 70,000 to 35,000 head, which is substantial when you think about it. The lamb meat (actually all meat, including beef and deer can be included in this as well) is of VERY good quality though. This is a country overall where you will not see the kind of industrialized farming that has become so prevalent in North America, particularly in the US. New Zealand farmers truly believe in healthy sustainable raising of all animals thus you will pay a lot more for the final product but it's worth it. Believe me; you can actually TASTE the difference. T'was a nice visit overall, but the road beckoned so the next day I was on my way to Queenstown and Milford Sound.
Next up: Queenstown, Milford Sound,helicopter rides and the haka!

Email ThisBlogThis!Share to TwitterShare to FacebookShare to Pinterest
Labels: Food talk, New Zealand, Round The World