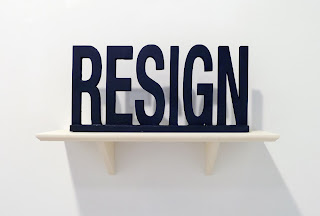 One thing about this blog, is that I have been pointedly and purposely non-political in my opinions (Ed. That's not necessarily true Stephen, you did make a few 'comments' about the Canadian Federal elections a few years back). Ok, ok admittedly I did have a few 'opinions' on the blog a while ago, but my political neutrality ended today.
I've been watching and reading about the latest debacles of Toronto Mayor Rob Ford for most of the day today. That does not make me happy in general, mostly because the less I know about him and his stupidity, the better. Trying to understand how this man somehow managed to make it to the Mayors chair, is a baffling and frustrating experience. I have really tried to just count the years and say to myself, not much longer until an election, not much longer now.
This man, whether we like it or not, has made his name heard around the world for all the wrong reasons. AGAIN!! He's infamous for his alleged drug problems and hooray, once again Torontonians get to watch yet another tragic and stupid episode involving a man who people actually voted for, happily I may add, and local newspapers supported too, with mortified grimaces on our face.
I'd like to say that all citizens of the city are feeling grossed out by what's happening, but he astonishingly still has a contingent of supporters who love him no matter what he does. So I'll rephrase by saying 'most' citizens of the city are cringing in shame as he once again sullies Toronto's name on a world stage.
You would think we 'd be used to it by now. You know that adage: you get what you pay for? Or an even better one: be careful what you wish for 'cause you just might get it? Well congrats voters of Toronto, we earned this all by ourselves. Regardless of who voted for him and why, the mayor's latest idiotic mistakes doesn't stop the knife from hurting, and that pain extends right across this great city.
It's time to go Mayor Ford.
It's time - please just resign.
said Steve at 10:06 PM