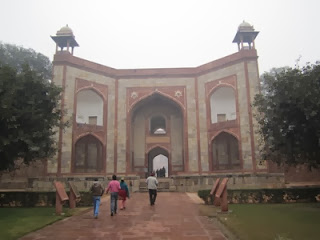 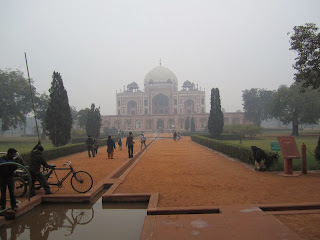 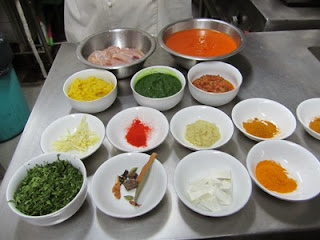 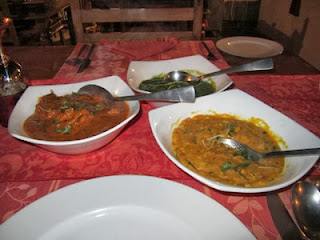 No, that was not a joke headline, and the pictures above weren't taken in Kitchener but in India. There is a point to this, I swear! I really did travel to Kitchener, Ontario for a taste of Indian spice, oh and lots of whiskey too. Not together - although, that might not be a bad idea. Come to think of it, upon rehashing the events of the past weekend, those two items were together after all. I'll have to try that out for another future Wilson cooking experiment, but I digress. No, this was a trip I have been looking forward to for weeks! I'd love to go back to India, but Kitchener mattered more and yes, I did say that!
I haven't seen my buddy Shawn from culinary school in over three years, and this was our reunion weekend. We (as you, the reader, myself and him as well) know or knew what's been happening with me these past three years or so; travel, food etc - thank you blog. But Shawn? Well, you don't know him but he was my constant cooking partner in culinary school, and we became good friends outside of school. After we graduated, he went off to do his own thing and I traveled the world and we lost touch save for the occasional emails to catch up with each other. I knew he worked a bunch of jobs as a cook, from pubs to catering, getting some serious kitchen chops along the way. Then he moved out of Toronto with his fiancee and landed a gig as sous chef at a local restaurant in Kitchener. He got married, had a baby girl (Isla, pronounced eye-la), and now has a great job as head Chef/ Chef de Cuisine at the local university. The man is in charge of a staff of twelve! Check him out eh? So proud of him! Yet, despite the many life changes, he's still my buddy Shawn - the same guy who sings when he cooks like he did in class, likes way too much whiskey (never a bad thing for us when we hang out, not so great for his beautiful and thank God, forgiving wife), and shows up to pick me up at the train station in shorts - in minus 12 weather.
So for dinner that night he was in charge, naturally, and it was kept easy-peasy. A spicy Chicken Tikka Masala, with naan and rice. Perfect, but it really made me crave Indian food (yes Shawn, it was THAT tasty), so I decided when I got home, I thought what the hell, it's time for a recipe (and country) redux - chicken curry, northern India style plus a few pics of New Dehli (hence the pics above - told ya everything will eventually make some sense)!
This recipe could become your curry staple. I believe in it that much. I was taught this recipe in Dehli, and yes, I've tested this dish so many times I can actually taste it in my dreams.
Although there are many variations of this northern Indian curry, this recipe uses ingredients that might be missing from typical cookbook instructions. The preparation may (will) take some time, but it'll be worth it, I swear, when you taste the finished dish.
And remember, this will taste even better a day or two later!
Ingredients 1 whole chicken, cut into 8 pieces, with bone (you could probably substitute the chicken for beef too)
1 cup of tomatoes, pureed
2 tablespoons of ground cashews
2 teaspoons of garlic, pureed
2 teaspoons of ginger, pureed
2 tablespoons Kitchen King Chicken Masala (you can find this curry in your local grocery store)
2 tablespoons Garam Masala spice
2 tablespoons Kasouri Melti (herb -IMPORTANT!)
2 large cardamom pods
> 2 maize (also called javitri)pods
3 small cardamom pods
4 peppercorns
1 cinnamon stick
1 bay leaf
1 onion - finally chopped
4 teaspoons turmeric powder
2 teaspoons salt
2 tablespoons vegetable oil
1 cup hot water
Instructions • Heat about 2 tablespoons of veg. oil in a very hot iron skillet. • Add the spices (cardamom, cinnamon, bay leaf, peppercorns, maize) to the oil and cook for about 2-3 minutes. • Add chicken to brown; add turmeric and salt to the chicken. Brown for 5-6 minutes. • Add garlic and ginger puree and cook until golden brown. 1-2 minutes. • Stir in tomato puree and ground cashew, then add about half a cup of water. • Add in garam masala and Kitchen King masala. • Add the remaining half cup of water, turn down heat and simmer for about ten minutes. • Finally, add Kasouri Melti herb. Cook an additional 5 minutes. Add more water if it's a little thick and salt to flavour.
said Steve at 3:09 AM